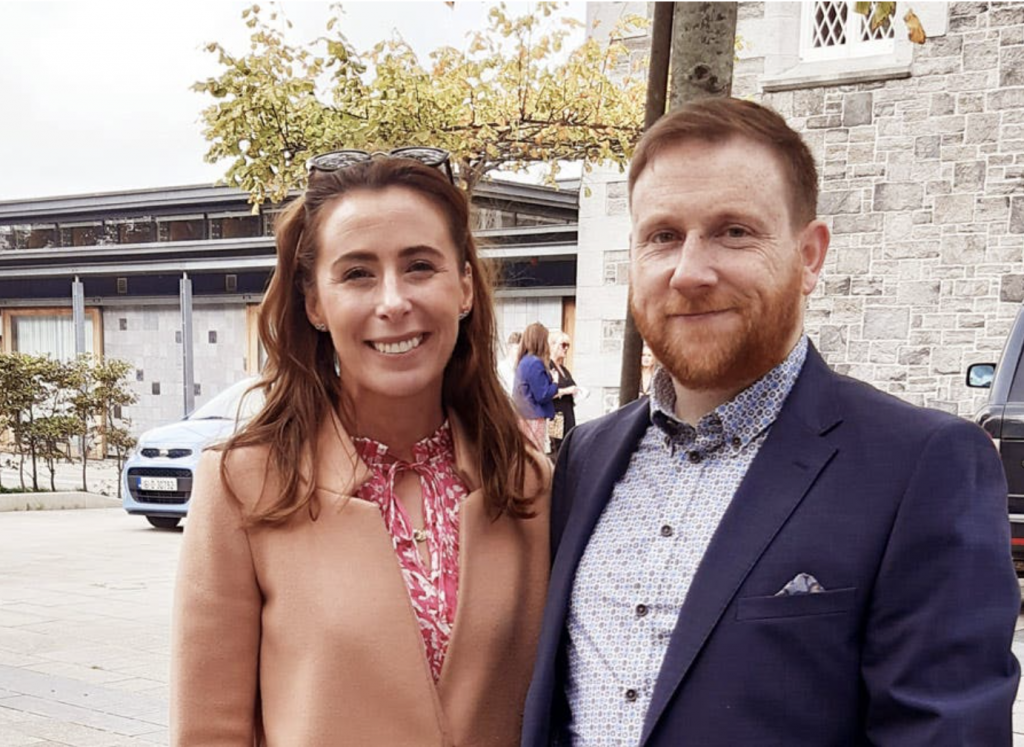 The road to parenthood is never a certain one but even with the knowledge that it would take longer than expected to conceive, Clare and Barry Fitzgerald were shocked by the roundabout journey they found themselves on in their attempt to start a family.

Their story ends well as they eagerly anticipate the arrival of their first child this spring but if you told them this moment would be three heartbreaking years in the making, draining them of finances and testing their relationship, they may not have believed you.

The couple’s journey began in 2016 when they first started trying for a baby. Six months on, they were still unsuccessful and having confided in loved ones, Clare felt encouraged to seek answers by undergoing a series of tests.

Soon, she discovered she had an autoimmune hypothyroidism that would take a few months to regulate; Barry too, was struck with bad news – his sperm concentration was considered far from ideal. Their chances of conceiving naturally, they were told, were as slim as 5% and so they looked into other options with IVF jumping out as the next step.

Speaking to loved ones who had found themselves in a similar situation, Clare was struck by the positive experiences of close friends and family who went abroad for treatment. The process was easier and much more affordable than in Ireland, she was assured, and so she put forward the case to her partner – to follow in their footsteps and seek IVF treatment in the Czech Republic.

Although doubtful at first, Barry eventually came round to the idea and so the pair got in touch with a clinic that a friend had successfully attended.

‘Hearing other people’s story, I was filled with so much positivity,’ Clare tells EVOKE. ‘On top of that, all that we ever heard about Irish clinics is that it was a bad experience. I took a lot of coaxing to go down the Czech route and Barry was a bit dubious and now we know what we know, we should have listened to each other a little bit more.’

‘It just seemed so easy from what I had been told. The people I know who went down this same route didn’t get the runaround that we unfortunately got. You’re always looking for that success story so we thought, why not go for it? We know now how vital it is to do complete extensive research.’ 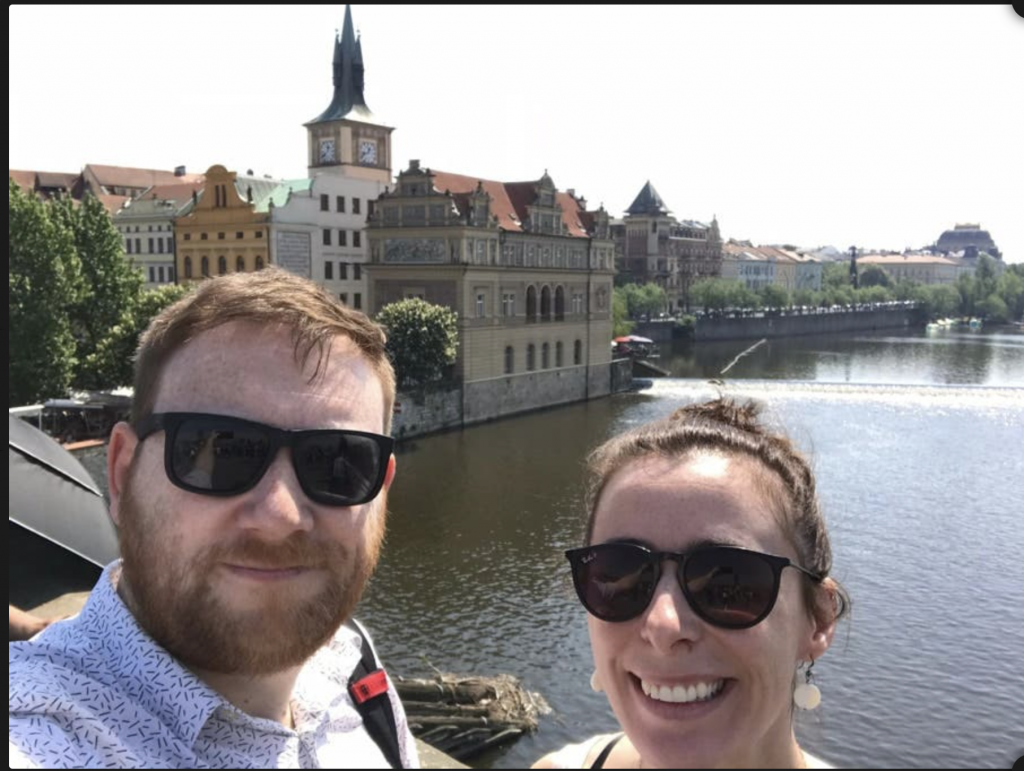 From the get-go the pair felt disappointed by the process but having invested the time, money and energy into the journey, they had no choice but to keep going. For Clare and Barry, the service felt immediately impersonal, leaving them wondering if they had fallen for a money-making scheme in their most treasured dream of starting a family.

Miscommunication, language barriers, withheld information, misdiagnosis and endless amount of red tape left the pair physically and mentally broken throughout the two and a half years they dedicated to the clinic they had put so much trust in.

From their ‘coordinator’ who possessed little medical knowledge, to the language barrier between them and their consultants, to the requirement to physically undergo various tests in the Czech Republic and medical errors that left Clare in extreme pain – there was no part of the process that made it easy for the couple.

‘You’re basically at the mercy of your coordinator and ours was terrible,’ Clare explains. ‘She was a poor communicator with no medical history; she was basically a translator. The first time we were ever in the clinic, she didn’t even greet us at the desk like other couples were by theirs.’

The couple detail how they endured a number of awkward Zoom consultations ahead of their first trip for the all-important egg collection, the language barrier causing much frustration for them. Not only did their coordinator lack medical knowledge, their consultant spoke no English meaning things often got lost in translation.

‘Before we entered into a treatment or a transfer or whatever it was, there was always that seed of doubt because there were so many questions unanswered,’ Clare explains. ‘Even with things like getting prescriptions, it was so difficult as no doctor in Ireland would translate them. To get these drugs, which we were entitled to, we’d need to get them translated because they were written in Czech.’

After their initial egg collection, the pair travelled abroad for four different transmissions and Clare says each journey was tougher than the next. In total, she travelled to the Czech Republic twelve times to attend various tests, scans and transmissions and each time she was met with confusing information and negative results.

‘As the transfers failed, everything got more expensive. Both of us were sent for tests and you had to pay extra for everything. At our transfer failure Skype calls, there’d be a lot of shrugging of shoulders, almost as if it was our fault,’ Clare continues.

‘The whole time we were made feel like we were just another number to them. It was a very impersonal service. All the time, you’re asking the questions and there would be a delay while they’d go to get answers. Even with questions about medication, there were delays or often, things weren’t explained properly or I’d be told to watch a YouTube video to get answers. These people are the experts and they need to be feeding information to you all the time.’

‘IVF is such a precise science that there shouldn’t be any human errors or silly errors,’ Clare says passionately. ‘It was like they were dropping the ball constantly on us. We felt so peeved off and aggravated because it felt like they didn’t really want it to happen for us. We feel the clinic really cashed in on our lack of education and how gullible we were to believe everything they had to say. You think that they’re being transparent, when they’re really not.’ 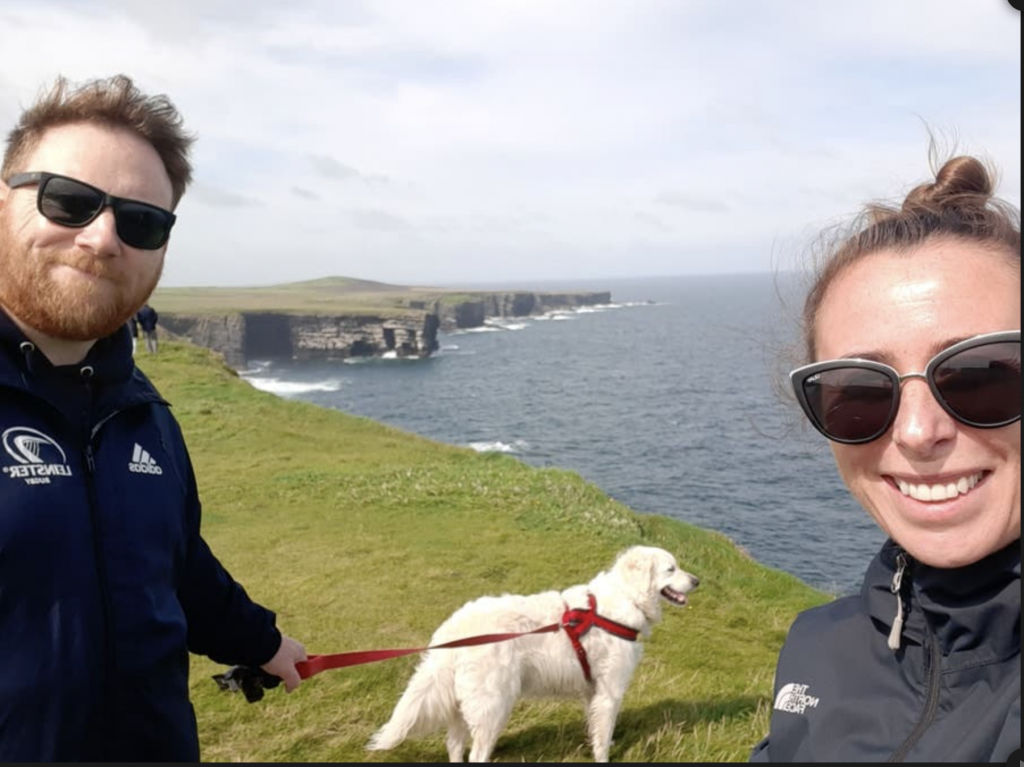 By the end of their 30 month journey with the clinic, Clare and Barry were ‘totally and utterly broken by the experience: I felt a lot of the time I was trying to problem solve for them. These clinics are responsible for people’s hopes and dreams and to treat people the way they did… They stole our time, our hopes, our dreams and our money. We just squashed the idea of it ever happening.’

Back in Ireland and almost three years on, the pair decided to look into adoption as the next step in their growing their family, accepting that perhaps having a biological child was not meant to be. With Clare and her own brother having been adopted, the couple were keen to explore the option at the very least.

‘To me, having a baby was never a given,’ Clare explains. ‘I never thought naively that it was going to be easy. Both of us agreed that it was ever a case that we couldn’t conceive naturally, we’d adopt. We filled out our forms and we went to the initial meeting with the social worker where they gave us worst case scenarios.’

After serious consideration, they decided to give IVF one last try, this time in Ireland. Research led them to a specific clinic but having learned from their mistakes, Clare and Barry dug a little deeper before settling which way to go. Eventually, it was their dog sitter, Sharon, who suggested The Waterstone Clinic in Cork, her sister being married to Dr Waterstone himself.

‘We were really skeptical and extremely nervous thinking, “This is probably going to be our last and final time, we can’t do this any more, we’re sick of it, it’s taken over our lives and us and we’ll end up losing each other through it”,’ Clare explains. ‘I was so afraid of going down the wrong path again.’

‘We were a bag of nerves going in for our first consultation last January but from the get-go we knew we were in good hands. Dr Waterstone was very professional. He’s renowned to be very straight on and blunt and I loved that honesty. That’s what we craved all along our journey; somebody being very real with us and not giving us any false sense of hope.’

‘Right away he told us that we had got burnt and that he simply wanted to show us what he could do for us. He said, ‘Our figure is our figure, everything is included, scans too, you don’t have to worry about additional things.’ For the pair who had lost some €32,000 to the Czech clinic, this was music to their ears.

‘Going home, we both had that feeling of ‘this is different, this is not a repeat of history, this is someone being very real with us,” Clare recalls. ‘We felt we had this immense support and that these people had your best interests and wanted it to happen for us.’

Clare says there was little stress attached to the Irish experience adding that ‘everything was in place.’

‘There was always someone on the end of the phone, your questions were answered and you were constantly reassured and informed. Where the Czech clinic left us in the dark with no answers a lot of the time, this clinic was always there for us. Barry and I went into our transfer completely confident that as much as humanly possible was in place for this to go well; we’ve done our job, it was now up to the little embryo to hang on and fight in there.’

When the time came to take a pregnancy test, Clare recalls the dreaded feeling of ‘here we go again.’ ‘It’s the one test I could study all day for but still not get the result I want,’ she laughs. ‘I remember, doing it, brushing my teeth and in the corner of my eye this little line appearing. I ran out of the bathroom and Barry calmed me down. My way of protecting myself was thinking it wasn’t gonna work.’

‘At first Barry pretended it was negative and then, elated, he lit up and told me it was positive. It reminded us of the time we got engaged. The surprise and the not knowing. You’re crying out of happiness and you’re elated and you can’t believe it.’ 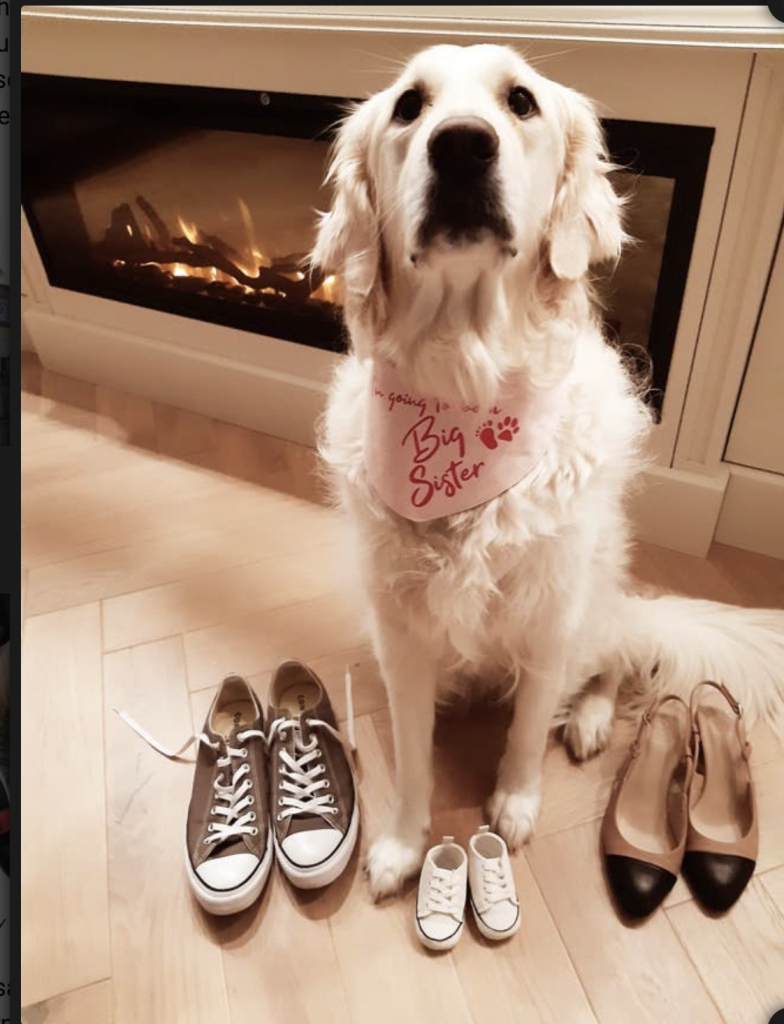 ey made because as they say, ‘where it can go wrong, it can go really wrong.’ For couples looking at IVF options, their best advice is go by research, not costs.

‘Don’t go for clinics that over advertise themselves,’ Clare says thoughtfully. ‘We didn’t even know about Waterstones because they work on word of mouth and their reputation means they don’t have to force constant advertisement.’

‘Also, constantly check in with one another throughout because the process can destroy you. At different stages, one might find things more difficult than the other. Going back to Barry’s sample, he found that very hard and one point we were looking at photographs to match up with a sperm donor.’

‘Do your own research and don’t listen to anyone else. I was so heavily influenced by friends and what they’d done but everybody is different and even in the same exact scenario, the result won’t be the same. Protect yourself at all costs.’

Back to news Print this page

Similar in this category

Do you know what a healthy period looks like and when you’re ovulating?